Cataracts are actually the eye's natural lens that becomes clouded and yellowed over time as part of the aging process. The lens is a clear membrane that's located behind the cornea and iris but in front of the retina. Its function is to help focus light on the back of the retina so images can be formed. Although they occur most commonly in older adults, in very rare cases, infants may develop cataracts, usually as a result of maternal illness during pregnancy. Cataracts may occur in one or both eyes.

How does a cataract form?

Most cataracts occur when protein contained in the lens material begins to clump, clouding the lens and reducing the amount of light that eventually reaches the retina.

How can I tell if I have a cataract?

Cataracts typically cause a gradual decrease in vision as the lens becomes darker, making it difficult to read or perform other activities requiring close focusing. Other symptoms include blurry vision, glare or halos around light, and colors that appear faded. The most common way to determine if a decrease in vision is due to a cataract is by having an eye exam.

How are cataracts treated?

In its earliest stages, the visual symptoms of cataract may be treated with the use of eyeglasses, magnifying lenses, anti-glare sunglasses or brighter or more focused lighting. Eventually as the lens becomes more opaque, surgery becomes the only viable option for treatment. There are two types of surgery: phacoemulsification, which uses a small incision on the side of the eye to break up the clouded lens, remove it via a suction device and replace it with an artificial lens; and extracapsular surgery, where the central core of the lens is removed in one piece through a longer incision while the remainder of the lens material is removed via suction.

Find us on the map

1st Saturday of each month 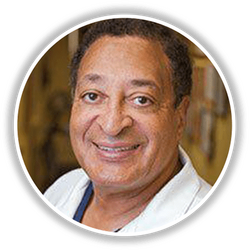